Yesterday I learned that (Todd) Fancey of Fancey (and of The New Pornographers) did a song for an episode of “The Office.” Here’s a quick video:

I can’t tell if that’s him on the album cover but man I hope it is. From Fancey’s MySpace blog:

If you have a chance to check out the hilarious and Emmy nominated “Dinner Party” episode of NBC’s “The Office” (Aired a couple days ago April 10, 2008), you will hear a song called “That One Night”. The lyrics are by the brilliant writers Gene Stupinsky and Lee Eisenberg. I did the music and made the recording. I was thrilled to be asked because I truly love that show, it’s the BEST. Special thanks to Alicen Schneider and Dave Madden of NBC.

I don’t ordinarily like to post links to popular Digg submissions, and I’m even ambivalent about The Onion, but this MacBook Wheel video deserves special mention for its impeccable production value, down to its faux Apple slogans (“The Wheel. Reinvented.”) and its mindful use of Myriad. Then when I ran across this image of her holding In the Aeroplane Over the Sea, I had to find the original photos that were manipulated. Finally, I did! Here, here, here, and here. There’s even a thread about it on Snopes. END_OF_DOCUMENT_TOKEN_TO_BE_REPLACED 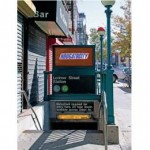 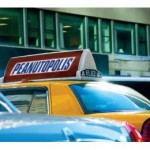 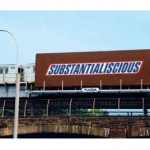 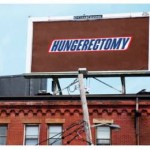 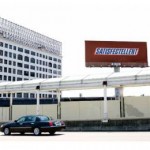 There’s always been a significant faction of foobar2000 users whose primary attraction to the player is its appearance, or rather the level of control given to its users over its appearance. In its infancy, with the standard (and still default) UI, very little was possible — the main window consisted solely of a tabbed playlist and several functional toolbars — but people nevertheless took a lot of pride in making it their own, and some impressive things were done with relatively minimal flexibility. It was in the standard UI that users began experimenting with album-level presentation, choosing not to repeat redundantly the artist and album name on each line of the playlist, but to use the second, third, and sometimes fourth lines to display other info, such as year, label, genre, replaygain info, etc. Each of these customizations was unquestionably unique, but most of the broad details of the interface were consistent and inescapable.

The Columns UI component began as an experiment in allowing for multiple columns within the playlist display, emulating the Windows Explorer “Detail” view (and many other Windows programs), with sortability via clickable column headings. Eventually Columns UI added a sidebar and, later, panels, allowing the whole foobar window to be split up indefinitely into panel-based component displays, the playlist viewer becoming just another one of these. This granted much greater flexibility, allowing users to tailor the interface even more precisely to their needs. You could now display album art as prominently as you wanted, or not at all; your entire library tree could be embedded within the main window, rather than tucked away in a pop-up; and with the trackinfo panel’s exceptionally lax (by that era’s standards) stylizations, the personalization of your foobar became even more addictive, and, more importantly, rewarding.

While some still preferred the purity and elegance of the standard UI, the personalizations made possible by Columns UI were inarguably functional ones, for the most part. Fonts, colors, distribution of panels, and a rudimentary method of text alignment were really as far as you could go. At the core of all the boasted screenshots was a recognizable structure, all slight variations on the theme of playlist+trackinfo+albumlist+albumart. Outside of displaying album art, there was nothing profoundly new that Columns UI allowed you to do — rather, Columns UI gave you more control over how you did what you needed to do.

END_OF_DOCUMENT_TOKEN_TO_BE_REPLACED