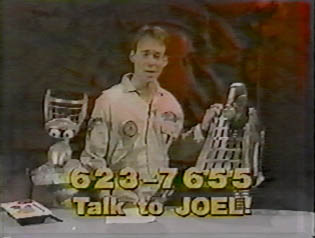 The only program I’d heard of that might be capable of capturing streaming video was StreamBox VCR, but from what I’d gathered it was riddled with legal issues and bugs. I’ve also had terrible luck with video software in general, so I wasn’t hopeful. But I quickly stumbled upon Net Transport, “a faster, exciting, and the most powerful downloading tool that you ever saw [sic, sic, sic],” lightweight and with no nags or spyware. I was amazed when within a few minutes I was recording KTMA episode 5 in ShoutCast’s 128kbps, meg-a-minute .nsv format.

Recording is still kind of a pain — it’s very manual so I inevitably lose a few seconds at the beginning of each episode if there’s a quick turn-around; I can’t know exactly when a particular episode will start, so scheduling is out of the question; memory shortages have broken the stream once or twice; and the support lifespan and editing capabilities of the .nsv format are both questionable.

When I’m not frantically configuring a recording session, I’m learning a lot about the show I ditched bitterly after Joel left, cursing my mom for taping over my Turkey Day collection, shaming the ungrateful 14-year-old who took the show so for granted, and trying to relive all the endearment and wonder that surrounded the show and its fans. I found out that the MST3K Info Club still kind of exists, and I finally became a member, for whatever that’s worth. Best Brains put out a “Scrapbook Tape” in 1995 that boasts the most in-depth look at the show ever composed. And in the first episode of the tenth season, when cancellation had been made official, Joel briefly returned to the SoL: 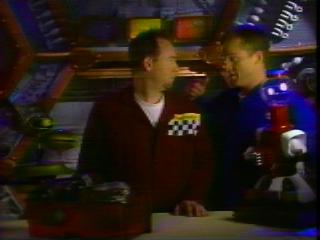